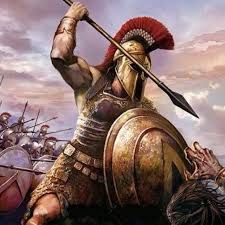 Sparta? what do you really know?

So who doesn’t know the story of the Spartan 300? I think given the movies, books and mysticism given to the subject it is worth getting the facts. Like for one just who were the Spartans? And what made them so different from other people of their time? With those questions in mind I did a little research and found a fascinating book by Paul Cartledge (2002) The Spartans.One of the fascinating things I learned was that Sparta besides having Leonidas of Spartan 300 fame had another great king named Archidamus.

King Archidamus was raised in the traditional Spartan way call Agoge. For the first seven years of a male child’s life his paternal family raised the child. Girls were formally educated as well, in order to make them fit partners and mothers. At age seven, the male child was removed from the house and began his training to become a Spartan warrior. The training focused on athletics, soldiering, tactics and self-discipline. The young adult Spartans supervised the children and placed them into packs between the ages of seven to eighteen.

The children were encouraged to break the exclusive ties with their families and consider all adult Spartans to be in loco parentis. At the age of twelve, every Spartan male was given a young adult female as his lover. The youth’s older lover was expected to educate the younger not only in sex but also other Spartan virtues.

At age eighteen the selection process was made for those who would become an officer, a member of the royal bodyguard, or becoming an elite Crypteia member. The Crypteia, or Secret Operations Executive, was used to control the Helots. After the agogeeach Spartan warrior joined a mess. Election to a mess was competitive and some messes were more sought after than others. King Archidamus joined the royal mess and dined with his chosen aides. The rigorous upbringing was used to create brave Spartan warriors capable of enduring the hardships of warfare.

Hoplite warfare was labeled andreiain Greek, which literally meant manliness. The agoge ensured that the Spartan warrior was ready to fight.Well if all this stuff sounds interesting and you want to know more then definitely check out Cartledge’s book The Spartans!

The best 4 history accounts about Sparta that I have read are: