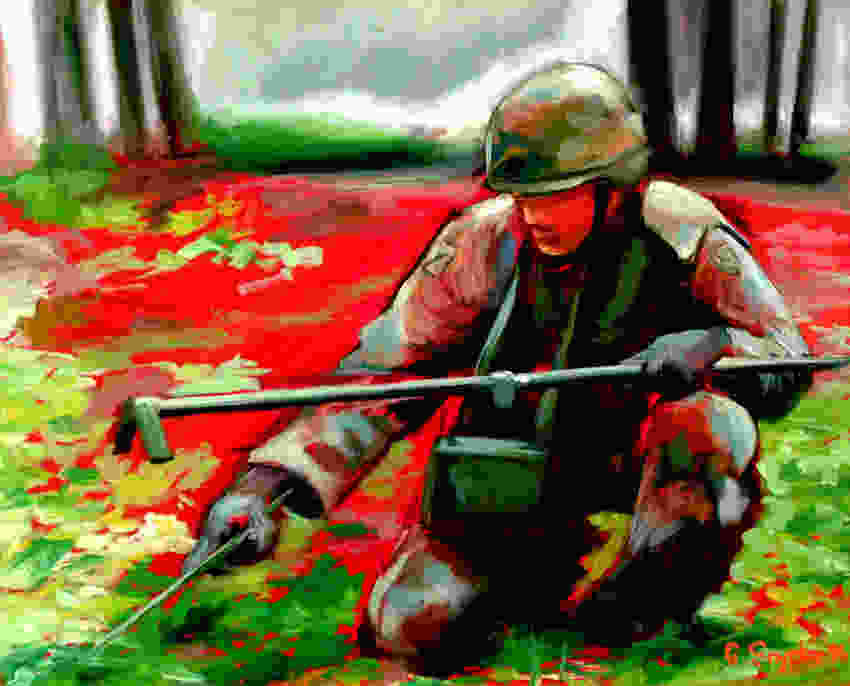 PROBING FOR LAND MINES IN BOSNIA

The Bosnian War was an international armed conflict that took place in Bosnia and Herzegovina between 1992 and 1995. Following a number of violent incidents in early 1992, the war is commonly viewed as having started on 6 April 1992.

To learn more check out