Fred Fox, a veteran of the Marine Corps during World War II landed on Peleliu and fought against the Japanese forces. During World War II Japan had prepared its frontlines by fortifying is defense against the Allied Advance. As a result American Forces faced stiff resistance upon landing on the Island of Peleliu. The two month battle caused the highest casualty rate of any battle in the War in the Pacific. The Peleliu Invasion remains a controversial command decision to invade the island because of its questionable strategic value and high casualty rate. The soldiers that fought on the island have countless World War II war stories and memories from their efforts to defeat the Japanese. Here is Mr. Fox’s amazing diary and war story courtesy of the Witness to War Foundation. 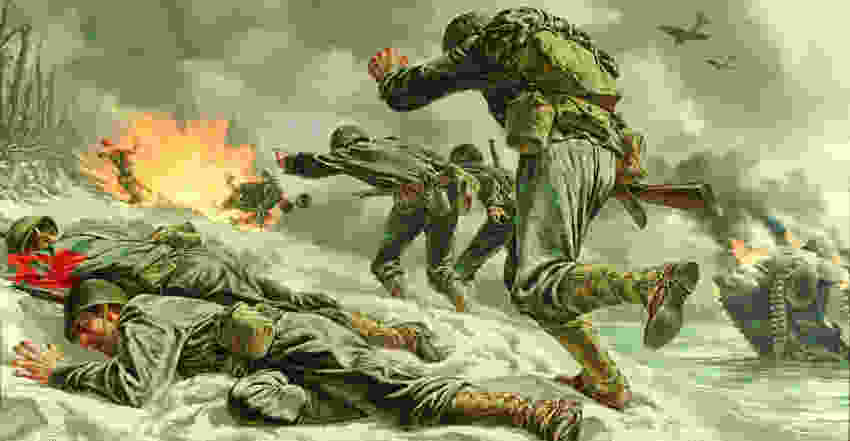