SFC Berge G. Ferjulian served during World War II in the Army Air Corps as a radioman and gunner on a B-17. SFC Ferjulian was shot down twice, and flew a total of 52 missions. During World War II, over 100,000 Allied bomber crewmen were killed over Europe, and 12,000 heavy bombers were shot down (Dept. Veteran Affairs). 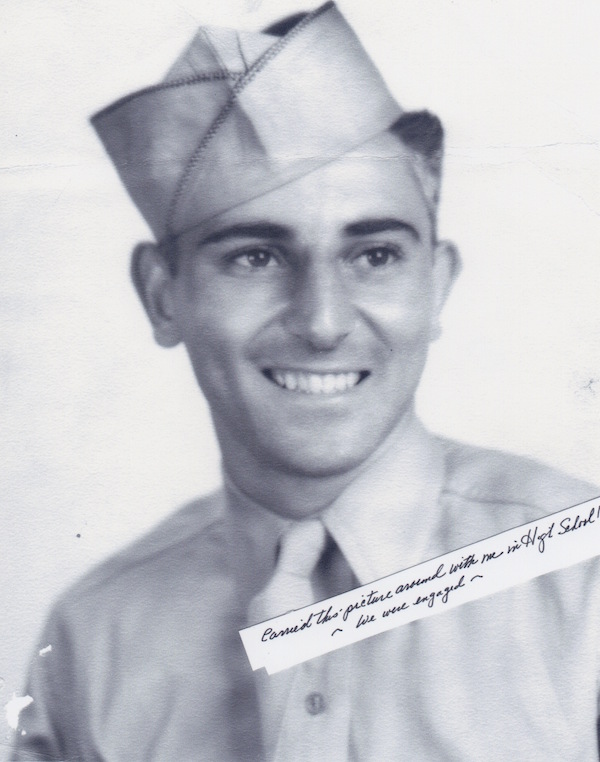 SFC Berge G. Ferjulian served during World War II in the Army Air Corps as a radioman and gunner on a B-17. Just before his 18th birthday and high school graduation, in June of 1942, Berge left school in Hudson Massachusetts, to join the Army Air Force. After completing Cadet Flight School, he was assigned to a B17 as a radioman and gunner and was ultimately stationed in Foggia, Italy.

The crew flew 25 bombing missions over Germany including being attacked by never before seen German fighter jet aircraft. Once the tour of 25 missions was completed, turning down his mandatory discharge, Berge reenlisted to do another 25 missions.

Their B17 was shot down twice: Once the plane was so badly damaged they were forced to ditch in the Adriatic -fortunately without casualties- and the crew was eventually picked up by a search and rescue ship. The second time was over occupied Yugoslavia where Tito’s rebel fighters hid them. One of them, a young Yugoslavia boy (11 years old) walked the crew all night for several miles to safety (he immediately turned around and walked back).

On one of the crew’s bombing returns, it was discovered that one of the bomb bay doors was stuck with the bombs still lodged inside. Knowing they couldn’t land this way, Berge volunteered to cut them loose. Hanging from under the plane at 30,000 feet while being fed oxygen every few seconds, he eventually managed to dislodge the bombs with a small hand axe. For his bravery, and at only 19 years of age, he was awarded the DFC (Distinguished Flying Cross). 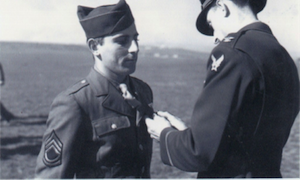 To this day, his framed medal and the award ceremony photo are proudly displayed upon our son’s office wall.

After the second tour and completion of 50 missions, Berge volunteered to fly two more before he finally shipped home.

Naturally, with having flown 52 bombing missions resulting in the loss of some of his crew, Berge found it difficult-like so many other returning brave young men- to share these painful memories with others. He was discharged in the spring of 1945, and his family remains thankful that he even returned to us at all. 400,000 other brave warriors were not so lucky.

Thank you Mrs. Barb Hendricks for sharing this story about your husband. God bless!

Some incredible stories of life in the B-17 Flying Fortress and life during World War II. Jimmy Doolittle’s story is also an iconic story.