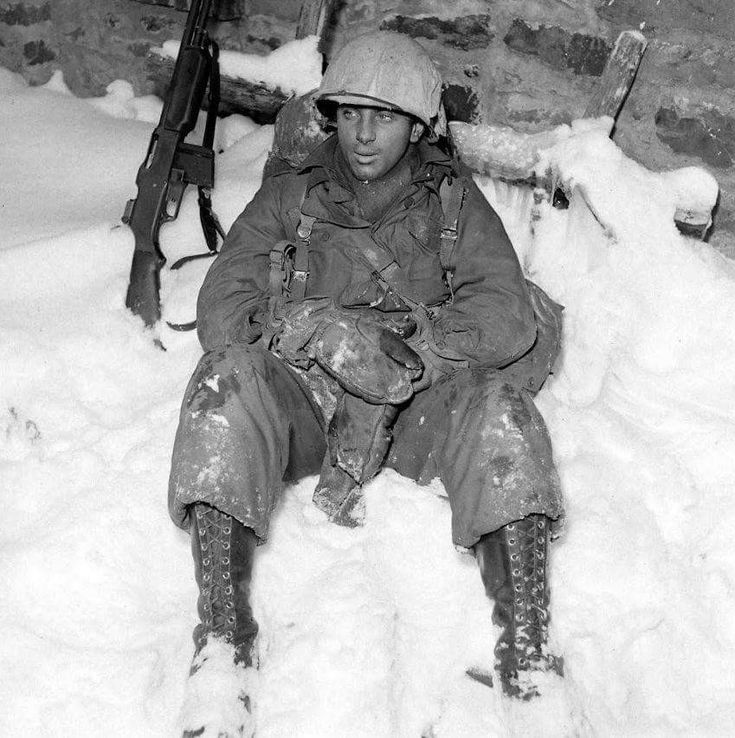 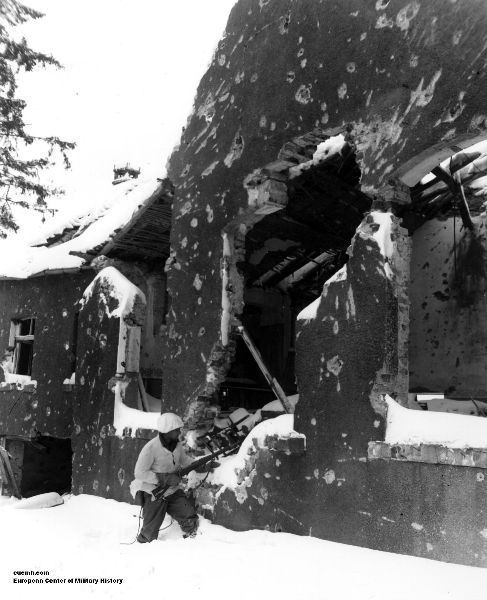 I went over seas with them fourteen days after D- Day. We went over on the Queen Mary. It took seven days before we landed in Scotland. We re-grouped in England and then went to La Harve, France. We fought our way to Bartogne. I was hurt there in the “Battle of the Bulge” when the jeep I was driving was hit by enemy fire and turned over landing on top of me. I was sent back to the hospital in England for four months. I was then sent back to France. One day it came over the ship’s loud speakers that the war in Europe was over! They put us on a train for fourteen days as they didn’t know what else to do with us. It was stenciled on the outside of each car ”40 men and 8 horses.”
We built a camp in Reims, France where they signed the peace treaty. From there we went to Vienna, Austria. The streets were made of wood and were awful slick when they got wet. From there we went back to La Harve and boarded ship to go back home. We were glad.
War is living out of fox holes in the mud, scared to death, seeing your buddies killed or wounded, hoping you aren’t next.
By Lara 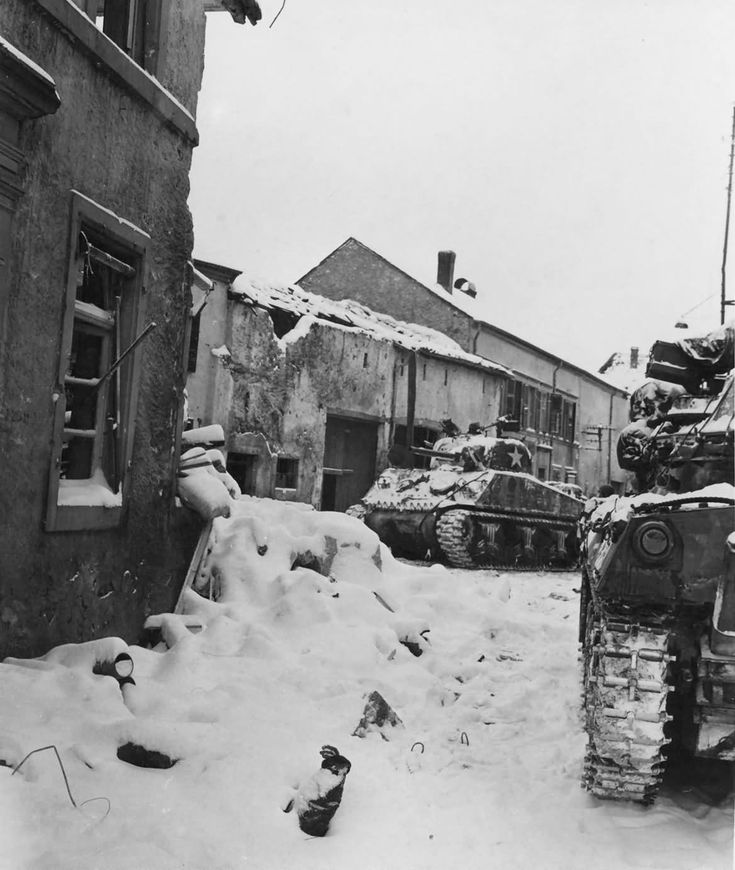 If you want to learn more about the Battle of the Bulge check out:

or one of my favorite war movies of all time Battle of the Bulge: