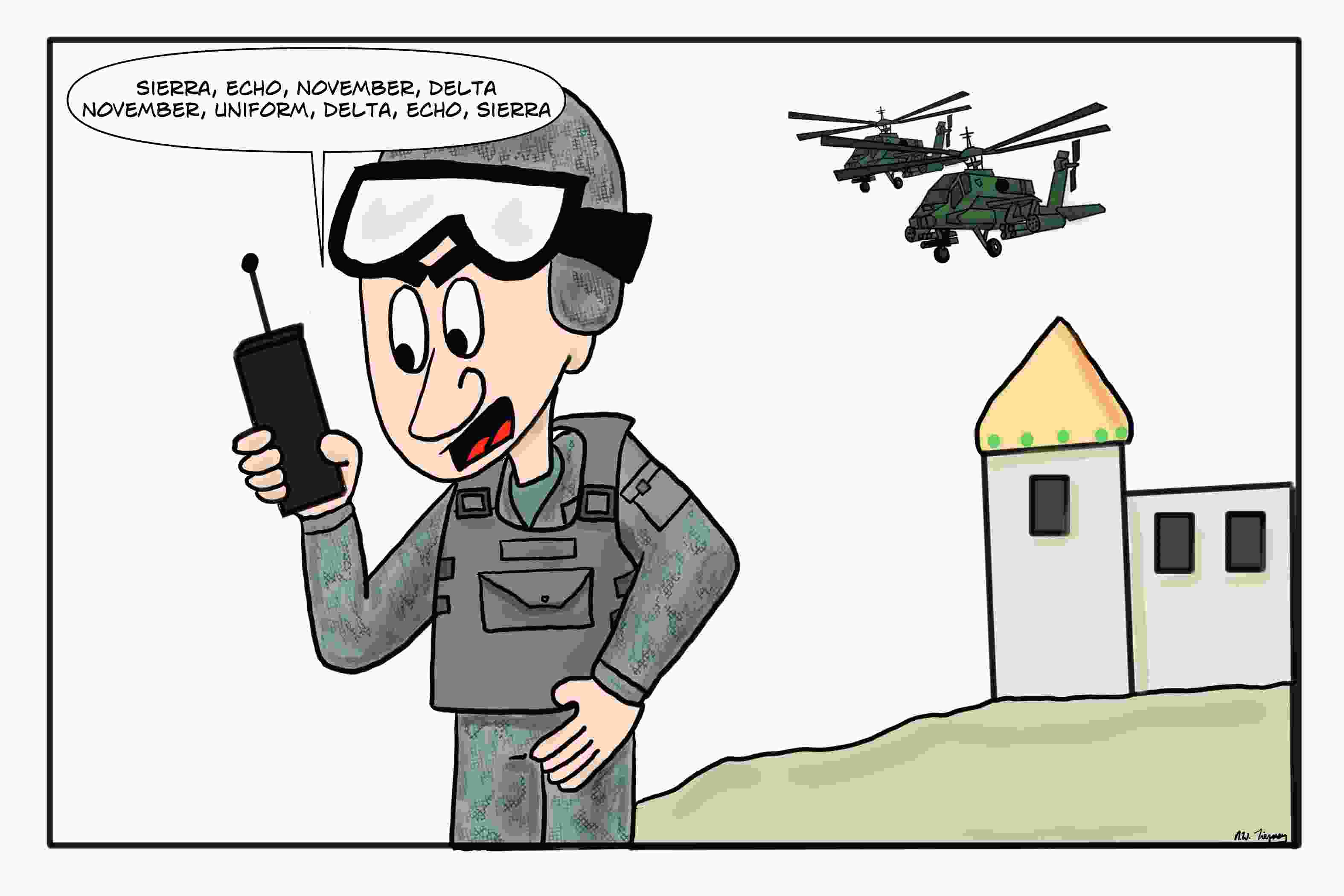 To prevent errors over the radio during combat the military conveys a specific message by speaking each letter of the alphabet with specific words. The military alphabet is a phonetic alphabet that takes a bit to get used to. Sometimes it can take a long time to communicate an important message and causes some humor in the Armed Forces. Or in this case a funny joke while deployed to Iraq in the Army. Whether in the Navy, Air Force, Marines or Army there are some very hilarious sayings and uses of the military alphabet and acronyms. For those that can’t figure out Sierra, Echo, November, Delta…November, Uniform, Delta, Echo, Sierra it spells “send nudes”!