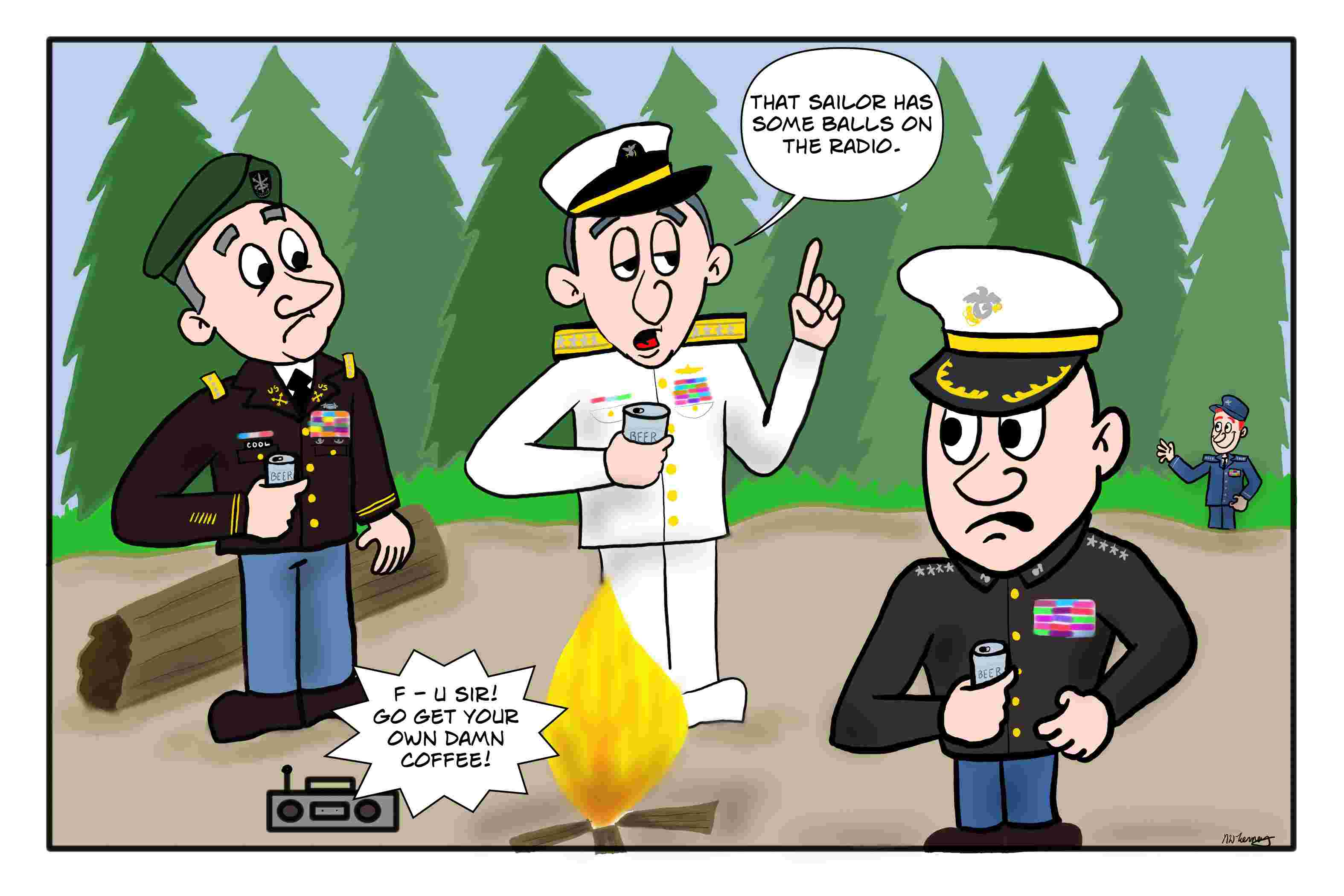 This is a comic I drew after hearing a joke. I also wrote about the steps and process used for creating the comics. To learn more check out: https://www.patreon.com/posts/that-sailor-has-26217926

Here is the joke that inspired the comic!

Two Generals of the Army and Marines are joined by an Admiral of the Navy around a campfire off the landing zone doing shots of rye whiskey when someone calls out and asks who’s got the most balls.

The Marine General goes all right and says, “Marine,” over the radio, “I want you to take that beach head, clip though that barbed wire and take the entrenchments.” The Marine goes, “Aye, aye, Sir” and climbs over the ship into a landing craft and sails into harms way. He unloads and hits that beach head, breaks through the barbed wire and takes everybody in the trench except one that kills him. The Marine General goes, “That’s balls!”

So the Army General goes, “Soldier, I want you to swim ashore and take out that last man.” The soldier goes, “Yes Sir!” He swims ashore and takes out the last man only to be taken down by machine gun fire.

So the Navy Admiral says, “Sailor, bring me a cup of Joe and…” “Fuck you Sir.” came across the radio. “Gentlemen,” the Admiral says, “That’s some balls!”

Step 1 of the process…get the idea down on paper! To learn more check out: https://www.patreon.com/posts/draft-2-that-has-26081925 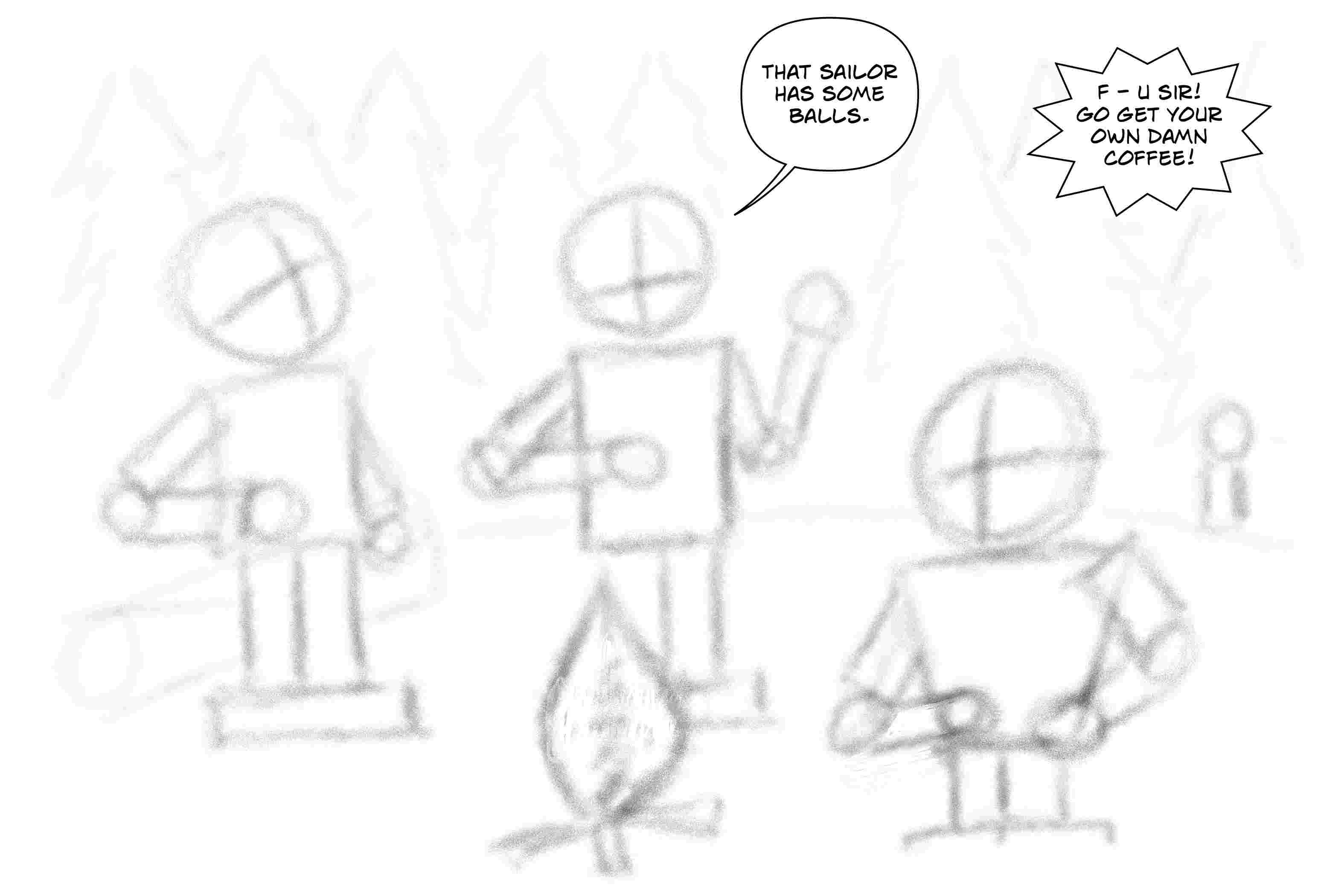 Become a patron for exclusive comics and insights no one else gets! Join Patreon and support The Frontlines today!