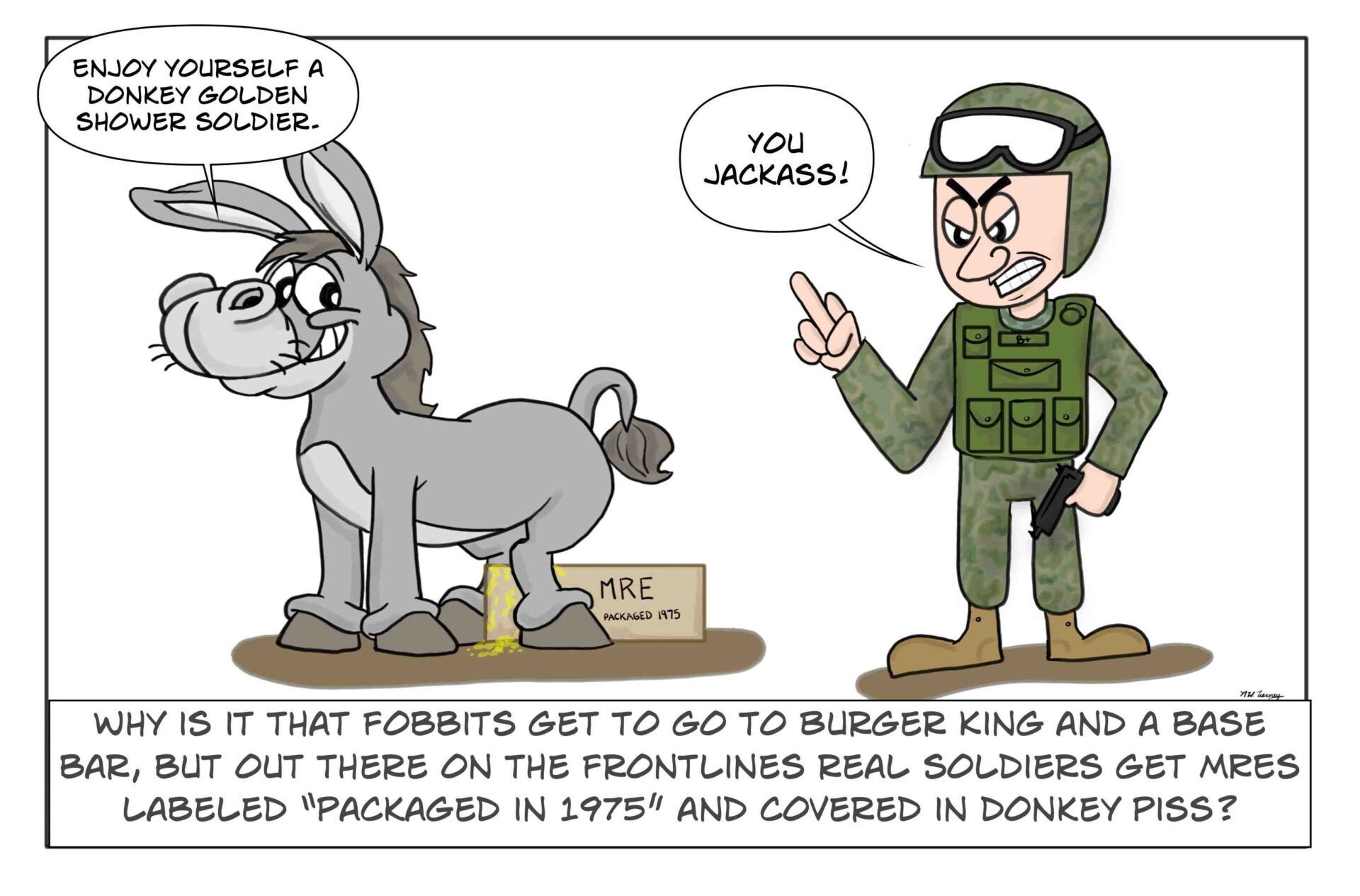 An Army Fobitt is some who never ventures out the wire has many more perks and food choices compared to the frontlines soldier.

FOBBIT \’fä-bit\, noun. Definition: A U.S. soldier stationed at a Forward Operating Base who avoids combat by remaining at the base, esp. during Operation Iraqi Freedom (2003-2011)

Did you know the MRE was adopted as the Department of Defense combat ration in 1975? A large-scale production test began in 1978 with delivery in 1981. MRE I (1981) was the first date of pack. For any of you that have eaten them for extended periods of time two things happen; you hate Fobbits for life 2) your poops are never the same. 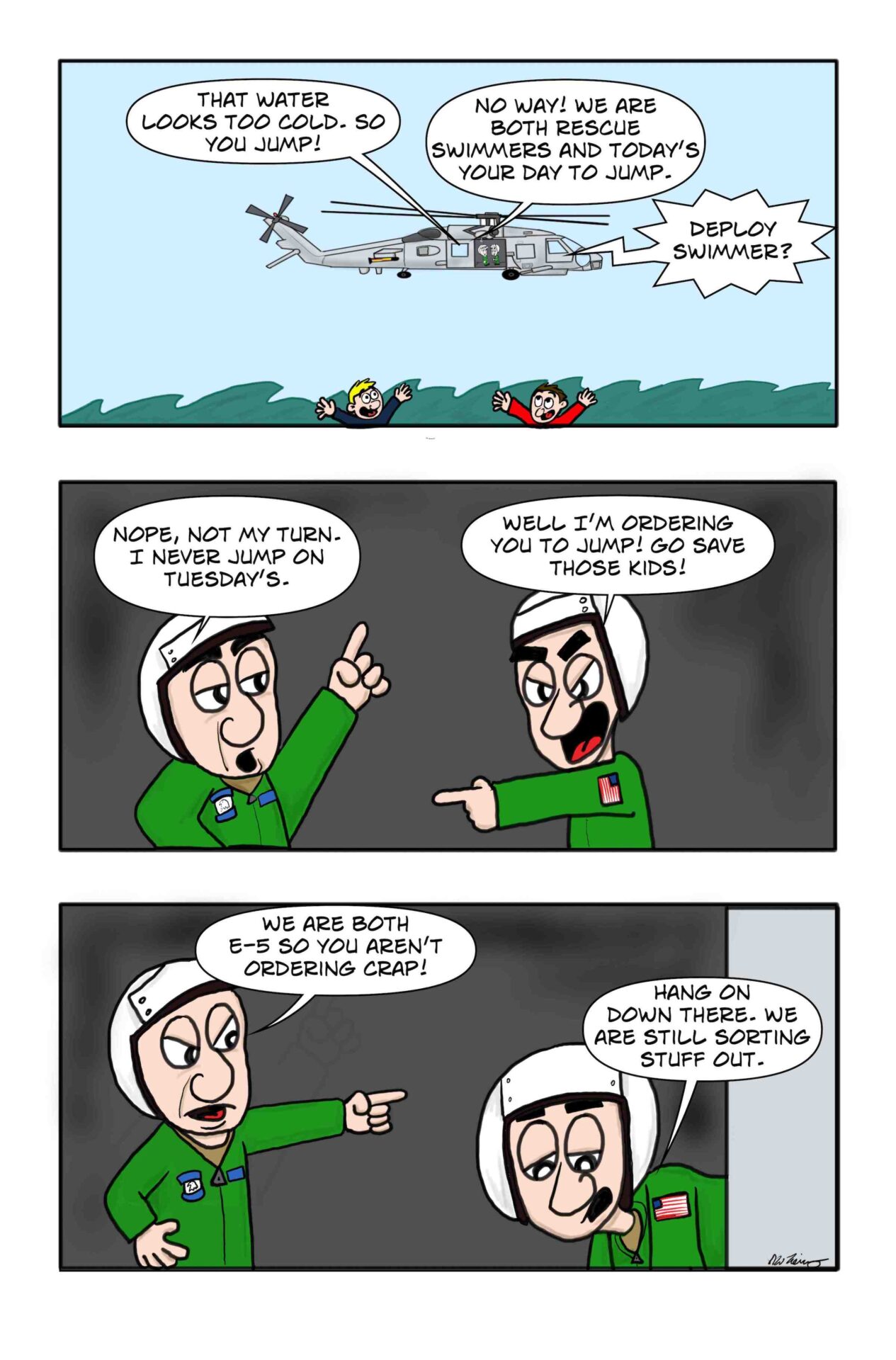