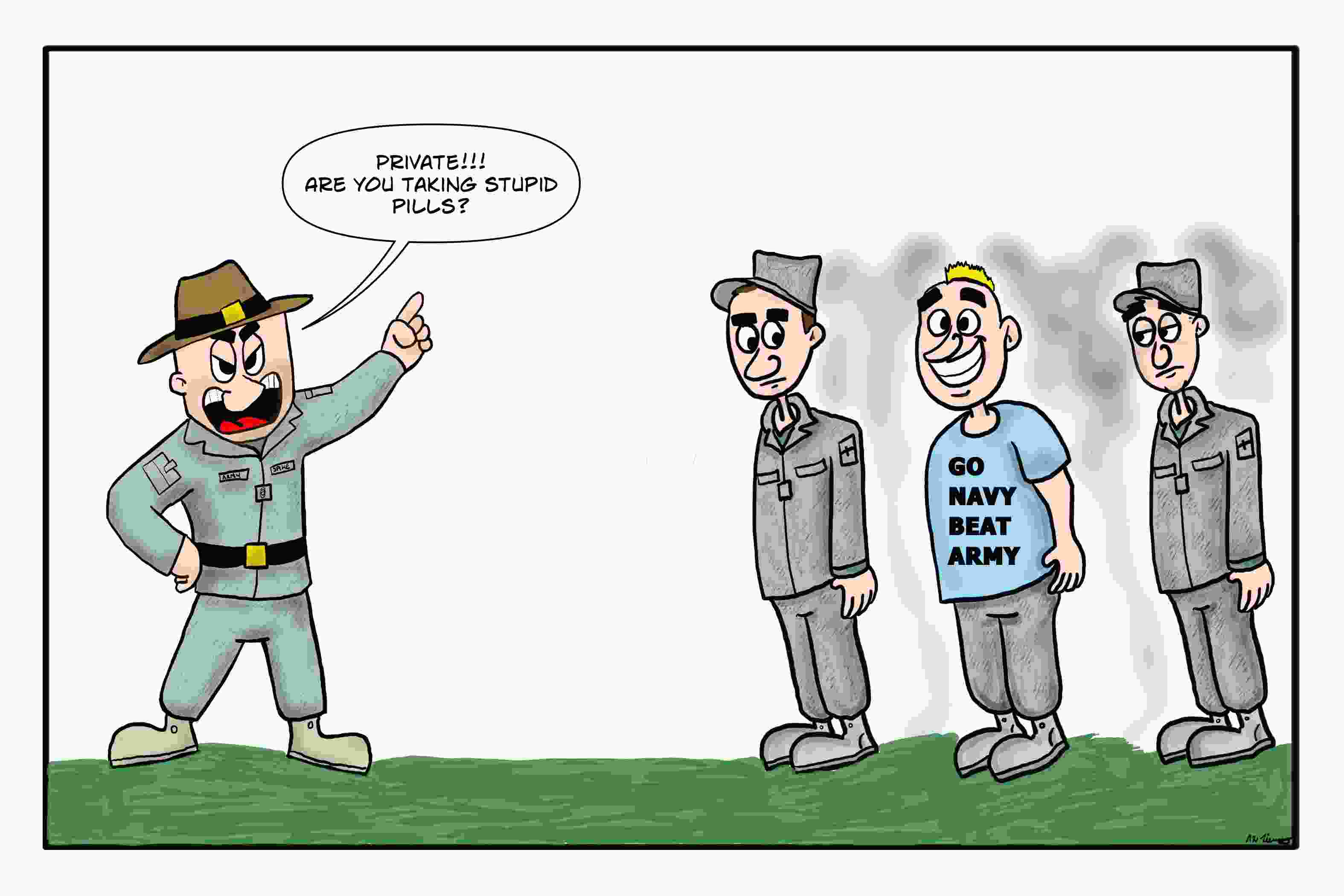 Army humor of a drill sergeant asking a recruit, “Are you taking stupid pills?”. The Navy beats Army funny joke is in fact not funny while attending Army boot camp. Sometimes Privates / recruits need to learn the hard way.

This is my first published comic book! I drew it while on active duty deployed to South Korea. I was there and witnessed first-hand the craziness of the new North Korean dictator Kim Jong-Un. It was and is a serious situation, but also worthy of humor at his expense. Check it out!