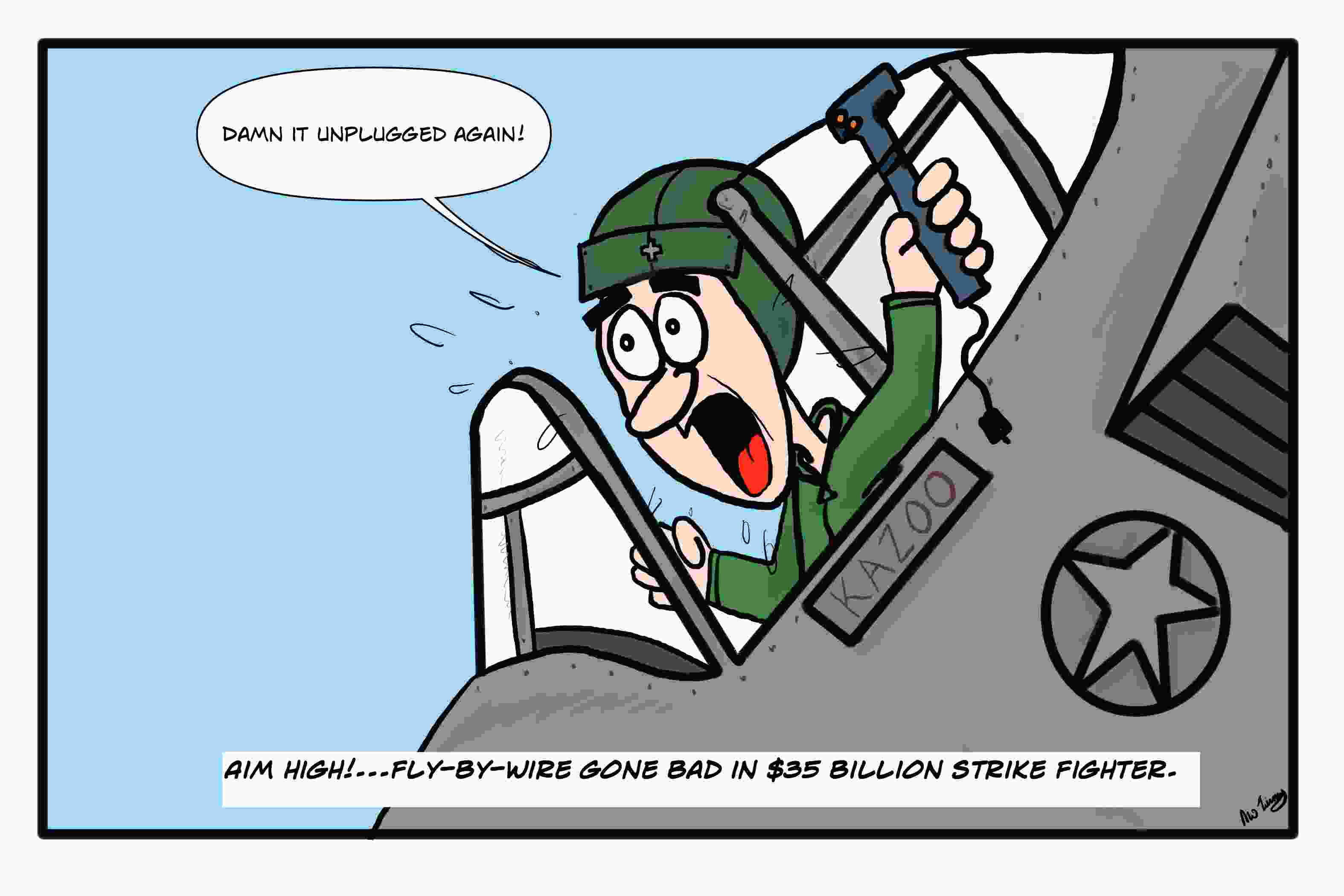 Air Force Pilot of a F-35 Joint Strike Fighter has a fly-by-wire problem that he can shake a stick at. Makes you wonder why we bought such an expensive airplane. What happened to just a stick and rudder? I bet Jimmy Doolittle is turning over in his grave and the thought of computers and wires running the pilot show.

Check out these other comics of Marine pilots, Navy STDs, or boot camp stupidity.

If you like these comics check out my first comic book! This is a not so serious look at Kim Jong Un, who while I was stationed in Korea came to power. During all the briefings on the fat little man I could not help but laugh and doodle the drawings. Hope you like the humor and learn a few real facts about the DMZ and North Korea! 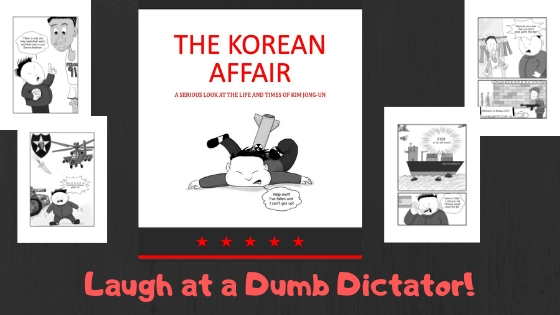